May is National Album Recording Month

Like NaNoWriMo, but for rocking out: 31 days to make a 31-minute record. Will you be joining in? I will, as is my want, be taking the concept one step further, by improvising and recording a one-minute track each day throughout the month. Oh yes. To be continued... #link

Today marks the 100th anniversary of the San Francisco Earthquake. I've spent the last few weeks reading a book about the event which, like Mat, I found disappointing. I gleaned a lot about the San Andreas Fault and seismology in general, for sure, but much less than I expected about the earthquake itself. Oh well. (See also: Wikipedia's good introduction to the 1906 quake.) #link 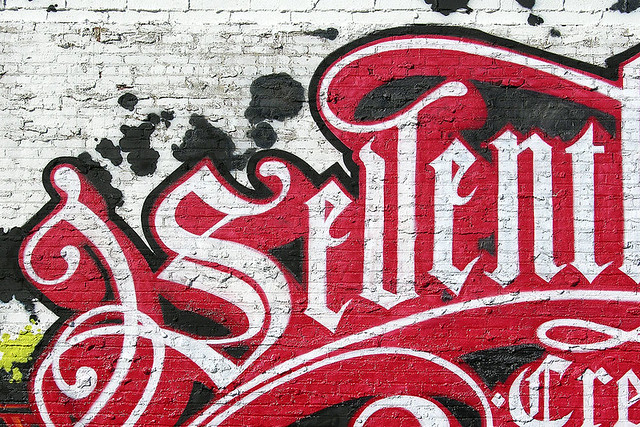 You just don't see art like this 'round these parts. #image

Seems like a bit of a waste of time to me, with all the tired talk of 'leveraging' this and 'monetising' that. The most important thing I can glean from it all is that the old media vanguard seems determined to maintain their status quo and bend the web to their own will, completely oblivious to the fact that they're hopelessly transparent in their motivations and machinations, and that the web and its users are already leaving them behind. The quality (re: podcasting, especially) might not be there yet, but at this stage it's the freedom that's more important. (See also: Tom Coates expands upon and clarifies his comments re: social media, which gives some more context to the argument.) #link

This is my new bag. I'm digging it muchly. (Delivery was quick, too: I ordered it on the 31st and it arrived last Monday -- only three days later.) #link

Hacking the user interface through tags

"Tagging isn't just metadata; it's metadata you can use." Makes me wonder if I've been using my tags right; rather than a form of internal navigation, they point outwards, to other blog posts, to give some context to my own. #link

Man, how could I ignore this one! (By the way, he's the WWE US champion, not the US WWE champ as the article states. Just to be clear.) #link

If you don't know your Dogme from your Troma, this is the place for you [c/o kottke.org]. #link

A content-based visual image search engine. for exploring Flickr by colour or theme. If you want to lose yourself for a few hours [c/o WaxyLinks]. #link

END_OF_DOCUMENT_TOKEN_TO_BE_REPLACED

Links on the 'broken windows' theory

I can't even describe this. Just go there and have a look around for yourself. #link

Since Maciej moved to Argentina he's been regularly recording his travels and experiences, both in text and in great photo studies like this one (you may need to reload the page to get all the images). #link

The Guardian's new podcasting service. And they've gone all out, too. Talk about convergence... #link

Celebrating One Year of Anarchaia

Chris celebrates the first anniversary of the tumblelog with some stunning statistics. Just look at those numbers. That's crazy. #link

Malcolm Gladwell has a blog

And quite a good one it is too. #link

An imaginary city that exists only on paper and in the mind of its autistic savant creator. Astonishing [c/o Boing Boing]. #link

I never really got Achewood before, but this story arc had me riveted [c/o Hammersley]. #link

Agnes Poirier: Blogging is not journalism

A journalist completely missing the point of blogging? Never! But in all seriousness, Poirier is anyway wrong in her definition of journalism. It's neither a hobby nor a profession: it's a practise [c/o Bobbie Johnson]. #link

They deserve it. #link

Send me an Odeo

Just a little social experiment... I'm not fishing for compliments, I swear. #link

For me, this is the highlight of the new site. Not only do we get impressive images from a photojournalist at the top of his game, but we also get the story behind them, and even technical details for the photo-nerds. This is exactly the the type of thing that will keep newspapers alive and kicking in the internet age. #link

The Guardian's new comment blog, to which I am finally linking. It's only been up a few weeks but can already boast over 1,000 posts (compared to my measly 2,021 since November 2001). Some really thoughtful stuff in there, and it's great to see the writers getting involved in the comments, too. #link

How long would it take before a zombie's muscles were no longer functional?

Some people have too much time on their hands. But hey, you never know when you might need an answer to such a question. #link

Myself? I hate paperbacks with shitty-quality paper and type that's too small, but I also find hardbacks unwieldy and far too expensive. And I only wish I had the space for trade paperbacks. Oy. (See also: Literary Novels Going Straight to Paperback; related Metafilter thread.) #link

Can you read without using your inner voice?

The answer, quite simply, is 'no'. Bad Science's Ben Goldacre has been cracking me up lately with his excoriation of the ridiculous Brain Gyms and the impossible crap it advises, such as 'reading without your inner voice'. Where do they come up with this shit, and more importantly why do people fall for it? #link

A witty introduction to the world of the voiceover artist. #link

Basically, Britannica's fucked because their subscription revenue stream has been taken away from them by Wikipedia, which by now has really transcended the traditional idea of the encyclopaedia. Everyone knows Wikipedia's flawed, but in the same way as the opinion of someone smart whom you trust is flawed. Britannica just doesn't get it; if anything's really flawed here, it's their attitude. #link

The BBC has a ranked list of rude words

Reminiscent of George Carlin's seven dirty words, but the difference is you can say most of these words on British TV as long as it's after the watershed. #link

Multitasking is bad for you

What is it with kids today? It's great to be connected and all, but it's nice to have a time-out now and then. #link

The Most-linked Blogs in September 2000

I didn't start my blog till just over a year later, by which time quite a few of the sites listed here had exploded in popularity -- a 'blog bang', if you will. #link

A stunning photoset. Might not be around for long though due to copyright issues, so get it while it lasts [c/o MetaFilter]. #link

Looks interesting; might be a better fit for my WikiThesis. #link

Dan Hill's take on The Guardian's Modernism special from a couple of weeks ago. I'm hoping to make it to the V&A exhibition before it ends in July. #link

Mind Hacks on eliminative materialism and philosophy of mind

I've had an interest in the philosophy of mind since my undergrad days. Much food for thought here. (See also: A retro 'Chinese room' moment.) #link

Go to the Web, young journalist!

There's no need to shout; some of us are already looking. Though it'll be easier in the future, when the web will be taken more seriously. #link

A phsychoanalyst muses on the muse, while some artists reveal what inspires them. #link

Now this is what a styled table is supposed to look like! Impressive information design too. #link

An exhaustive report covering the state of journalism in America, but much of it would apply to most Western nations [c/o kottke.org]. #link

In case you were wondering where the design went. #link