Another epic post from City of Sound, this time on one of the Far East's latest 'instant cities'. It's incredible really, as if someone's literally playing Sim City with the landscape there (cf. Blog All Bookmarked Web Pages: Shanghai Diary). Also: I never realised China, South Korea and Japan were in such close proximity as to make a bridge between them a realistic engineering challenge. Please make that happen. #link

Thoughts from Dan Hill on how we discover and listen to music, and the problems that new technology has brought to the table. He's spot on about metadata and context; even five years on the situation remains mostly the same. (Maybe because most people don't care about these things?) #link

"Historically, the shape of rail's introduction to Japan and its development into a tourism industry mirrors that of the West. Unlike the West, steam trains have taken on a symbolic strength that permeates the culture... Melancholy, wistful, an image of the voyage and sadness of life itself." #link

The Grand Tour: Europe on fifteen hundred yuan a day

Always interesting to see things from an outsider's perspective, so to speak. #link

No limits to the law in NoLa

"Something terrible lies at the heart of New Orleans - a rampant, widespread and apparently uncontrollable brutality on the part of its police force and its prison service." Surely New Orleans isn't the only example of this, even within the US. #link

"Once the game is good enough that it can’t be killed, that means it’s too good to be controlled either." #link 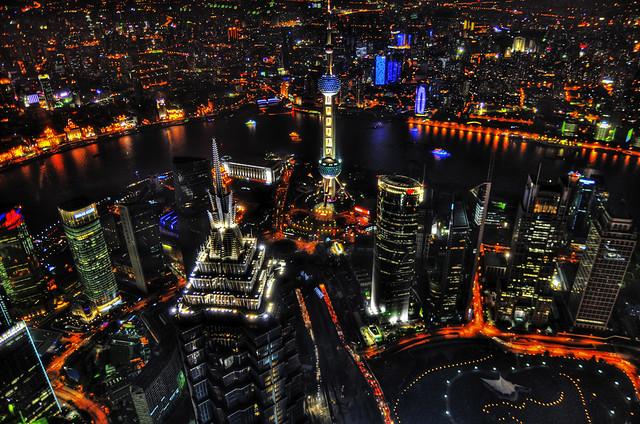 END_OF_DOCUMENT_TOKEN_TO_BE_REPLACED

Lester Bangs' Basement: What it means to have all music instantly available

An interesting argument to make, certainly, but Wyman is wrong: the fact remains that not all music is as available as he supposes. For starters, virtually all of his references are to work generated by mainstream artists! For many of the things I like, I still have to do the internet equivalent of crate digging. And the value in that isn't in procuring things that others don't have. I can only wish I could find all the things he says are so instantly available. #link

The Sad, Beautiful Fact That We're All Going To Miss Almost Everything

In other words, I need to relax about missing all that stuff in my feed reader. See also: Anne Billson in the Guardian on the Fear of Missing Out, or Fomo. #link

Once upon a time I'd see the UCD water tower every day and just for a moment believe I was in the future. #link

A year of films, books, TV, plays and stories consumed. Including Raiders of the Lost Ark three times. In black and white! [c/o Kottke]. #link

Is a 'director's cut' ever a good idea?

Director's cuts are fine if they don't replace the original. And it goes without saying that they only matter where the film is of sufficient quality and the original version was compromised in some fashion. #link

Charlie Brooker: How to handle the shop snobs

I maintain that nobody really knows what work is till they've worked behind a till. #link

Why You Should Care About Cricket

My 'in' to cricket was baseball (the scoring system and game mechanics are surprisingly similar). That and watching highlights of the World Cup. I couldn't sit through a full day test match. #link

That's a lot of reading. #link

The Apostate: Paul Haggis vs. the Church of Scientology

In short, Scientology isn't just ridiculous. It's dangerous. See also: Fact-checking the Church of Scientology and Bobbie Johnson on what Scientology tells us about journalism. #link

Google Recipe Search Cooks Up Next Gen of Search

Sure, this is more about search than it is about food, but I'm still interested to see if it can find me things more tailored to my improving diet. #link

Things to do in NYC for people who like transportation

Saving this for the next visit, whenever that is. #link

McSweeney's on The State of Publishing

A series of columns about where the book industry is headed. #link

On the recent deletion of swathes of content from the BBC website, which will in the future prove to be as shortsighted as the erasing of archive videotapes in previous decades. #link

Matt Webb on animals and technology, sort of. This guy thinks so fast it's hard to keep up. #link

Forgot to post these after the last batch. That was four months ago. Oops. Anyway, some more linkage from 2006:

END_OF_DOCUMENT_TOKEN_TO_BE_REPLACED

How live blogging has transformed journalism

Transformed? I don't know about that. But it's certainly made things more immediate, and works very well for events such as sports as they happen. In that respect live blogs might be the new radio. #link

A depressing story about the dark side of the space race. #link

That'll save me doing the ol' copy-paste-return. #link

What does it mean to be Irish?

Confession time: I've never read any Vonnegut. But he really seems like my kind of writer. #link

The story of how the High Line evolved from urban relic to a model for future city green spaces. #link

Stop Lying About What You Do

Workarounds for maintaining discretion in an always-on world where our devices tell nothing but the truth. #link

Fantastic site for visualising weather data over time. Also available as an app for Chrome. #link

Just in case the worst happens. Flickr is a Yahoo! company, after all. #link

Curation? What the hell does that mean?

Storyful explains it well: "Out of a fast-flowing river of news, curators are the zen-like bears, sitting amid the chaos, selectively plucking out the juiciest, shiniest salmon and then explaining which bits to eat." #link

Now and then: How film titles have evolved

The 1950s and '60s are when things start getting awesome. But they've bland-ified in recent years, I feel. #link

‘What I Really Want Is Someone Rolling Around in the Text’

On the future of marginalia in the age of the e-reader. I'm of the opinion that e-books make things easier, especially for people like me who can't/won't write in their books. I'd never highlight passages or scribble notes in a physical copy, but I'd happy do it all day with an e-book (I did it a lot while reading Moneyball). #link

The OED and Oxford Dictionaries

The OED makes the distinction between its various dictionaries. Handy to know. #link

April closed out nicely with Knut and Keelhaul playing a free show at the Button Factory. This is what hardcore’s supposed to be! Knut were quite good, if slightly on the hostile side (their vocalist didn’t seem the warmest of chaps). But Keelhaul blew them off the stage with time changes, awkward rhythms and riffs galore. So happy to have finally seen them live.

More gigs in May. Rush at the O2 was what you’d expect it to be: a show. But what a show! Spaceship lights, fireworks, elaborate sets, videos – the whole package. Even if it threatened to veer into Spinal Tap territory at times (mandolin on a stand, anyone?) these Canucks are no dinosaurs; three hours of hits is a breeze to them (it was much harder on my feet).