Not much to show and tell for the last two weeks. The paper went to press on a Monday for a change, but that messed up my mental schedule for the week. Then a sore neck put the kibosh on plans to see Robin Ince on the 16th. Next time.

Then there was Easter, and my regretful consumption of far too much milk chocolate, which anyway I’ve discovered I really don’t like all that much any more. Give me a bar of Lidl’s 60% any day.
On Tuesday I attended my first press screening in a while, Miyazaki’s swan song The Wind Rises; that’ll get written up before it’s out in early May. Don’t ask me about music; I’m working on it.

Wednesday was an early start for Bee’s re-registration at the GNIB; at three hours, that was our longest ever wait there. I was exhausted for days afterwards. Although that might also have something to do with me getting out on my bicycle quite a bit in the finer weather.

From ‘haven’t ridden in over a year’ to ‘a couple of laps of the neighbourhood’ to ’20km round-trip to the park’ in the space of a month looks a likely factor, in hindsight.

But yeah, I’ve been exploring the Phoenix Park — Europe’s largest urban walled park, don’t you know? — and especially the southern part, skirting Islandbridge and the upper Liffey, seeing bits of Dublin I’ve never seen before despite being born and living in the city all my life. Like these deer: 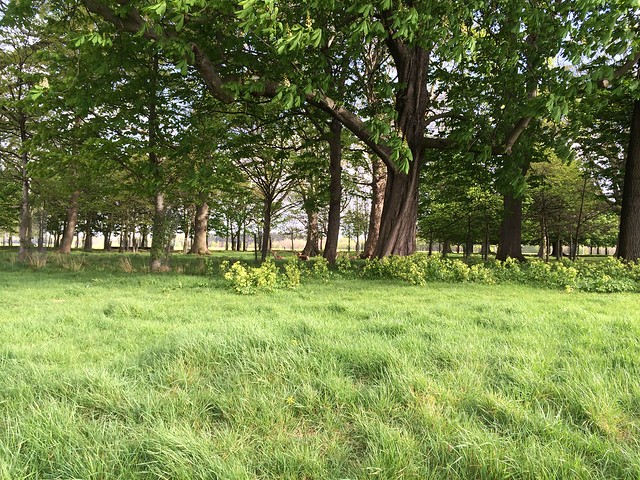 You were reading Weeknotes #657-658, a blog entry by MacDara Conroy. It is filed under Self and Weeknotes and was published in April 2014. If you liked what you read here, you can follow this site on Twitter @MacDaraBlogs or via reader feed, and find many more entries in the Archive. You can also buy me a Ko-fi.