Thinking out loud about grief

My grandfather told a story of an old farmer whose wife of 60 years died. “Ah well,” he said, “had a good innings.” A month later his bull died and he was broken up. “Losing his wife,” my grandfather, a doctor, said, “was too big. This was small enough for him to get his tears around.”

This quote, from a short essay on grief on the Guardian’s Comment is Free blog, leapt out from my stew of thoughts and memories last night, upon news of the death of Rowdy Roddy Piper.

I didn’t know him, never met him, but to me and millions like me, the Hot Rod was an indelible part of my childhood, and my wrestling fandom. He was arguably the best talker in the business, not to mention one of the greatest heels ever, and maybe the first (well before Steve Austin at any rate) to transition from ‘most hated man alive’ to perennial fan-favourite without losing the attitude, the edge that made him so magnetic.

That he’s gone now hit me more than I expected. I didn’t feel the same way about Dusty Rhodes in June, on the same day we learned of the deaths of Christopher Lee and Ornette Coleman. Maybe that’s because Dusty wasn’t one of the characters that got me into wrestling, so while I appreciated him, the deeper connection that others feel for him was never there for me. Same goes for the Dracula legend, and the jazz pioneer.

To my shame, I didn’t even feel the same way about my uncle Pearse, who also died that same day, 11 June, quite suddenly after a short illness. Maybe that’s because we weren’t as close as we could, or should, have been — I mean you always think your favourite relations will be around forever, don’t you? 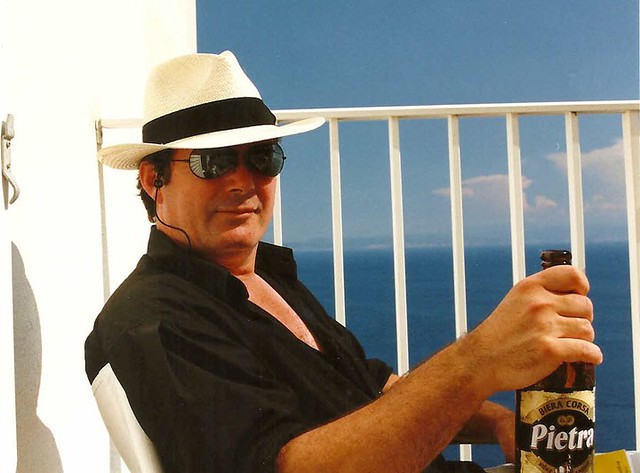 Pearse Ellis was the only other member of my family who was as into music as I am. And he made it his career on the technical, live production side, touring with no small names like Boney M, Alison Moyet, Echo and the Bunnymen, and even Joshua Tree-era U2 — the biggest band on the planet at the time. Later he would work with legends like Tom Jones, and before he retired spent many years as technical manager at the Royal Concert Hall in his adopted home town of Nottingham, where he lived with his wife, and my aunt, Jacqui.

As I said, Pearse was the only other person in my family as into music as me, and so we could relate on that even if our tastes differed (though there were a few overlaps I noticed in his CD collection, like American Music Club, or even Pere Ubu). And as I think back now, I feel saddened that we weren’t closer. I regret not badgering him for more stories from the road, or picking his brain about his broad musical knowledge and experience. I wasn’t even able to get to his funeral, not least due to all the other trivial crap we’ve had to deal with these past couple of months.

I look again at that quote above and I think that maybe it’s all too big, and that’s why losing Pearse didn’t hit me in the gut like Roddy Piper did last night. Maybe it’s a good thing that I’m not stuck with the sadness, and apart from the regrets that will never leave me, I’m left with only the good stuff, the fond memories and the pride in having an uncle as cool as Pearse was.

You were reading Thinking out loud about grief, a blog entry by MacDara Conroy. It is filed under Self and was published in August 2015. If you liked what you read here, you can follow this site on Twitter @MacDaraBlogs or via reader feed, and find many more entries in the Archive. You can also buy me a Ko-fi.