“For all of our warts, the United States has clearly been a force for good in the world. If you compare us to previous superpowers, we act less on the basis of naked self-interest, and have been interested in establishing norms that benefit everyone. If it is possible to do good at a bearable cost, to save lives, we will do it.” If only that were completely true, the 'acting less on the basis of naked self-interest' part: even a great power with great responsibility like the US never acts out of altruism; it always puts itself first. (Hence the alarmingly eager redirection towards drone-based interventionism.) But the quote demonstrates that Barack Obama is the most human president the US has had in years, and for all of his warts -- and there are many -- he is one of the most important. #link

High-brow re-acceptance of wrestling as an idiosyncratic art form takes its inevitable detour through the Japanese puroresu underground with this beautiful photo essay. #link

My old comrade Markham cuts to the chase: it's not enough for infoviz/data journalism to be meaningful, it also has to be legible. #link

The Reckoning: The Story of Claire Wilson

It's desperately sad but revelatory, and refreshing to get this kind of deep-dive journalism from a casualty of tragedy, rather than the perpetrators often obsessed about. #link

Q Prime's Burnstein And Mensch On Managing Metallica And Jimmy Page, Playing The Label Game, And Staying On Top For 33 Years

I'll never get enough of these behind-the-music things. Also: so that's who Louise Mench married. So why does she act such a blathering idiot on social media? #link

On ‘The New Day and Being Black in WWE’

There’s a problem with this article on Vice Sports, editorially speaking. It sets up a kind of straw man argument: that The New Day, as singin’ and dancin’ black folk, are perpetuating a decades-old racial stereotype befitting an unfortunate longtime trend in wrestling. The fact of the latter, that wrestling has a problem with race and “being black is the gimmick”, is inarguably true, to varying extents. But that intro doesn’t credit Xavier Woods, Big E and Kofi Kingston with any agency in the way their characters, as they are now, are portrayed. I mean, the quotes from their own voices confirm that they know exactly what they’re doing, and always did.

END_OF_DOCUMENT_TOKEN_TO_BE_REPLACED

The art of being in the wrong place at the right time: behind the scenes of social media newsgathering

News orgs at all levels really need to consider the situation from their quarry's perspective before they pick up the phone or dash off a tweet or email. #link

Three days later than scheduled, here’s episode eight of Enlarged Heart Radio, making up for last edition’s lack of metal with a whole noisy slab of it — plus a decent portion of newer tuneage from the promos I’ve been digging through.

END_OF_DOCUMENT_TOKEN_TO_BE_REPLACED

‘A Front-Row Seat. To Misery.’

No excuses for not getting my relative percentages right. #link

Never know when this might come in useful. #link

How drug laws aimed at pregnant women penalize their children

Lawmakers in the US have created a catch-22 whereby women are punished for doing the right thing. Probably done by the same moralising arseholes who think it ain't no thing for a woman who doesn't want to be pregnant to carry their child to term because adoption exists. #link

Why address your letter to a Sir? We have a female editor now

It simply demonstrates disrespect to the recipient: not only the sexist assumption, but also that one couldn't be arsed to check. #link

Empire State Fistfight: How New York legalized MMA, and why it's such a big deal

Here's a revealing story on the political machinations behind the gradual legitimisation of MMA in the US. It's still a problem that UFC = MMA but now there's more open ground to build competition, or at least more viable minor leagues. #link

Are you being ‘censored’? Updated terms for the modern world

Some of these I don't mind (I mean, who gets nitpicky about histrionic terms when hyperbole's always been a thing?) but overall this is sharp, cutting stuff. #link

END_OF_DOCUMENT_TOKEN_TO_BE_REPLACED

Easily the best thing to come out of the Rising commemorations is Google's audio-visual time-travelling tour of the sites and events of that tumultuous time. #link

Everybody Is a Star: How the Rock Club First Avenue Made Minneapolis the Center of Music in the ’80s

Make me want an oral history of all the key clubs and venues of the music underground. And not just in the US. #link

I'm not a re-reader, but I didn't realise so much time has passed (I got it when it came out, which does not feel like 15 years ago). I think this one needs another go. #link

My Thumped review of Dheepan

Plus a few words on schmaltzy period biopic The Man Who Knew Infinity. #link

My Thumped review of Midnight Special

I don't know, I liked this a lot more than some critics seemed to. It's the good kind of nostalgia. #link

Looking forward to this being ported to the Mac. (Yeah, I know I could do it this way but that's too much friction for me.) #link

Might be a good exercise to fire up that dangerous writing app and see what I can do when the pressure's on. #link

The Deactivation of the American Worker

When even office cubical staff are essentially remote employees, and entries in a database, it's even easier to treat them as numbers rather than people. It's funny, while I'm thinking of it, why the concept of corporate social responsibility doesn't seem to extend to human resources beyond recruitment and morale. #link

Does exactly what it says on the tin. The search instructions are particularly useful for digging into my own tweets. #link

Yes: whatever about the 'celebrity journalism' bullshit, where was the editorial guidance, whether before the assignment or during the writing of the piece? See also: How SB Nation Published Their Daniel Holtzclaw Story. And also: the Postlight Newsletter discusses possible workflow solutions to preventing flawed journalism getting out there (or at least managing things if that can't be avoided). #link

The State of the Speakularity

How far are we from "fast, free and decent" automatic voice transcription? Let me test IBM Watson's Speech to Text service and I'll get back to you. #link

This is a fun read on last night's show, and helpful to see how contemporary wrestling looks from the outside in: the really bad stuff, it's clear, is universally bad. #link

As a fellow anxious traveller, this kind of pre-prep guide is exactly my thing. So when we eventually get to Japan this decade or next, I'll be keeping this in mind. The best advice here? Not to over-plan: you will be more tired than you expect, best to schedule maybe a couple of things each day and let happenstance fill in the rest. #link

Metal scribe and screenwriter Jeff Treppel's Pinterest collection of classic movie posters. (Wish it wasn't on Pinterest, though: I don't want to log in or sign up, I just want to browse FFS.) #link

The Unsettling Mystery of the Creepiest Channel on YouTube

Only seems fitting that the visual web would get its own equivalent of a numbers station. #link

They'll make everything under the sun, except a Jubilee I could get as a gift for Bee. (Thanks, Marvel.) #link

The spools of plastic are where they'll get you. But we've really come a long way with 3D printing that a high-quality (if proprietary) set-up will set you back less than a current-gen games console. #link

The Story Of The Day The Clown Cried

AKA Jerry Lewis' notoriously ill-judged but perhaps unfairly maligned Holocaust drama. Care of Mental_Floss, which also has a list of 10 haunting documentaries that are stranger than fiction, and 10 more of the same. #link

Why ISIS hates the Sufis and blows up their shrines

Because most of mainstream Islam is suspicious, to varying degrees, of Sufism as an interpretation. There are analogies in every major religion, of course, Same as it ever was. #link

What Kind of Name Is That?

I've been trying to write a thing (a story, I guess?) for a while now but I've been too hung up on the names. Gah! #link

The Secret Lives of Tumblr Teens

When adolescent subcultures rub up against neo-capitalism, the results are probably inevitable. I wonder what it means for Snapchat, something I don't understand at all but that's OK. #link

All Politics Is Local

"Local is very different things to each of us. A short walk around town is enough to see nothing but parallel lives and contradictions." It's also so easy to compartmentalise these experiences so that individual 'tragic circumstances' never comprise a greater, more overwhelming whole that requires immediate response. #link

Gigantic grace: in the sands with Senegal's voodoo wrestlers

The Guardian with another fantastic picture essay, here. It also reminds me of how much West Africa is an untapped market for WWE. #link

Big Bang: The untold story of the WCW pay-per-view that almost happened

Another nice article from the clued-in staff at WWE.com. #link

A not insignificant proportion of WWE's roster came through Quack's doors at CHIKARA, so it's only right that they'd show him respect in return. #link

END_OF_DOCUMENT_TOKEN_TO_BE_REPLACED 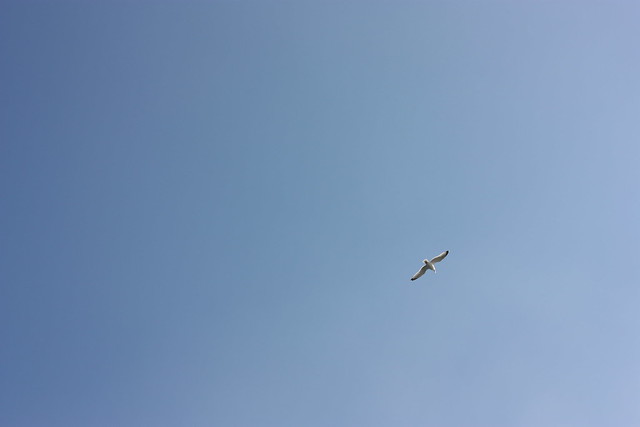 I spent a day or two over my mid-March week off trawling through my photo archive, going back quite a few years, looking for things worth posting to my dormant Flickr account. It turns out there were quite a few, and they’re not half bad.

I’ve grouped them into albums as I’ve done before to make things easier. Keep an eye on my smartphone shots, which I expect will be the one most regularly updated going forward.

There goes March without much fanfare and, apart from the day job, little to show for it in terms of productivity. Not compared to my busy February, at any rate, when I ploughed through freelance work and the words flowed from my fingertips.