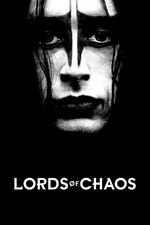 Oh boy. Some people are going to absolutely hate this one. I, on the other hand, liked it a lot. Do not go into this expecting any kind of affectionate, reverential depiction of the origins of Norwegian black metal; this is very much a tragicomedy of more universal themes, taking great artistic licence with the true kvlt lives it depicts. The contrasts are jarring at first: the parodic tone of kids dressed in black, wailing in American-accented English about death (a deliberate aesthetic choice flying in the face of ‘the scene’ and its carefully cultivated self-seriousness), cut through with sudden, shocking violence in all its visceral verisimilitude. It could come off like it’s taking the piss. But if you know anything about black metal, you’ll be fully aware of its contrived artifice. It’s all kayfabe, just tag team wrestlers in facepaint. Except for the ones who believed their own hype, and took things too far. (Which is what some will accuse director Jonas Åkerlund, an original member of Bathory, of doing with this very film.)

You were reading Film review — Lords of Chaos, a blog entry by MacDara Conroy. It is filed under Screen and was published in March 2019. If you liked what you read here, you can follow this site on Twitter @MacDaraBlogs or via reader feed, and find many more entries in the Archive. You can also buy me a Ko-fi.