A bit of comedy and a lot of weapons make this one a must-watch, even if its intricate political shenanigans make it a little hard to follow at times. END_OF_DOCUMENT_TOKEN_TO_BE_REPLACED

Well, it destroyed me. In all seriousness, kudos to Karyn Kusama for this devastating revenge drama that’s really only let down by the Nicole Kidman’s uncanny valley ageing makeup, and being about half an hour longer than the story required. END_OF_DOCUMENT_TOKEN_TO_BE_REPLACED

2,400 new citizens means somewhere between €2.5m and €3m direct to State coffers. Not even counting the stress of the PITA application, becoming an Irish citizen is very costly https://t.co/eyVC7dZNNs #tweet

As unnecessary as sequels get, especially one as overstuffed as this, and to a film among the best horrors of recent years. But it’s still an interesting experiment in turning a slasher film (albeit a very knowing, trope-upending one) with vague sci-fi trappings inside-out as a sci-fi adventure with occasional horror-thriller leanings. END_OF_DOCUMENT_TOKEN_TO_BE_REPLACED

“Taken individually, none of these statistics tells the whole story,” says The Irish Times. So why ask the questions if the responses could mean “many different things”? https://t.co/EY29FxLLC2 #tweet

My top 5 favourite horror films made in the last 10 years (of which I’ve seen, and as of right now): Kill List / Green Room / Sicario / The Blackcoat’s Daughter / Happy Death Day https://t.co/pwOXygqzYF #tweet

Peter Casey is nothing but a racist xenophobe who should’ve been consigned to the dustbin of history the last time his ugliness was propped up. And everyone doing the propping is as bad as he is #tweet

Film review — What We Left Behind: Looking Back at Star Trek: Deep Space Nine 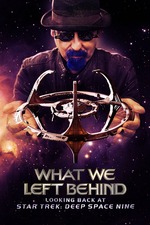 Lucky me got to watch the advance stream of this as an early backer of the crowdfunded project. And it’s exactly what it says it is: two hours of the people that made Deep Space Nine — the writers and the cast — looking back on what made their brand of Star Trek so special, and what makes it still resonate today, 20 years after its last episodes were broadcast. Part talking-heads documentary, part oral history, part reminiscence, and part speculation on what might have been, it all comes together like the picture of a dream convention panel. An unashamed feelgood movie, for sure. END_OF_DOCUMENT_TOKEN_TO_BE_REPLACED

I never thought I needed a detailed breakdown of what makes the Cowbell sketch so funny (and it is indeed hilarious) until now https://t.co/vMXsNGaR8d #tweet

Film review — Happy Birthday to Me

From the director of Ice Cold in Alex and the original Cape Fear, if you can believe that. Actually, if you watch it you’d never be in doubt. END_OF_DOCUMENT_TOKEN_TO_BE_REPLACED

You know what? In hindsight, this isn’t nearly as bad as it seemed at the time. It definitely pales in comparison to the original, but really only in the ropey CGI and its moments of ridiculous self-parody. Otherwise, it makes a decent case for being the last not-absolutely-terrible John Carpenter flick. END_OF_DOCUMENT_TOKEN_TO_BE_REPLACED

Ireland/UK Netflix users: tonight’s your last chance to see Happy Birthday to Me, a slasher from the director of Ice Cold in Alex and Death Wish 4. This is not a rib #tweet

If I’m reading it right, it looks like Vlad’s debut in the majors is MLB.TV’s free game of the day. So I know what I’m doing at midnight #tweet

Has a bad review ever turned you on to something you liked or loved? Music, film, book, whatever: examples, please! #tweet

Is there a box office ranking that counts tickets sold/per head rather than money grossed? Because the latter ultimately tells you nothing #tweet

Speaking as a former cinema usher: please don’t do this. Turnarounds are tight in busy multiplexes, so the quicker you get out, the quicker the theatre can be cleaned for the next crowd https://t.co/83CD0CsuRy #tweet

Because they didn’t have the film rights to the X-Men? I mean, that’s the real answer https://t.co/W4jnfIDU5v #tweet

Who am I gonna drop from my fantasy baseball team to make way for Vlad? Decisions, decisions… #tweet

Fandom that demands obsequiousness is such a drain. Yes, this is probably a subtweet about the thing you imagine #tweet

Just Eat, but for pharmacies when you feel too crappy to leave the house to get medicine #tweet

Miserable with a head cold since Sunday. It’s really hard to do thinking work with a cold #tweet

“They aren’t a severe military style group,” says the rando about a wrestling stable whose gimmick includes them standing to attention. Right… #tweet

Wow, they really pushed the envelope in this Silent Running remake, didn’t they? END_OF_DOCUMENT_TOKEN_TO_BE_REPLACED

It’s appropriate that I watched this one at Easter, not for the pat Messianic referencing but because it feels as hollow as a chocolate egg. Remember when eggs used to come with the treats inside them? Good times… END_OF_DOCUMENT_TOKEN_TO_BE_REPLACED

You’ve got to be kidding me. I hope these fascist clowns got the hiding they deserve https://t.co/T8opDehErh #tweet

I’ve spent much of my downtime this week watching YouTube videos of a couple visiting every rail station in the UK and Ireland and it’s what I’ve needed, I’ll tell you #tweet

There is no such thing as a stray bullet https://t.co/FlNPbvB8eK #tweet

A terrible loss in Derry tonight. Lyra spoke at a Freelance Forum a little over a year ago and was full of enthusiasm and good advice https://t.co/8VYjBSs4gq #tweet

As much as I appreciate Notre-Dame and its cultural importance, this is obscene. The ideology that underpins why the wealthy would rather invest in the abstract than raise living people out of poverty or starvation? There’s nothing good about that https://t.co/GFQY8S7JuM #tweet

Cirque du Soleil at the WWE Performance Center makes perfect sense to me. But it also underscores all of the issues raised by the John Oliver thing https://t.co/7eCmREVRsF #tweet

It's still blowing my mind a bit that I know someone who works at Titan Towers https://t.co/eb6ukxxPIq #tweet

Right, so Vince only just heard that Harlem Heat used to be called the Ebony Experience and got fixated on it. It has to be, nothing else makes sense https://t.co/wn43L5XQVa #tweet

According to the Network, TakeOver New York was the 500th edition of NXT. Why did they ignore that? #tweet

Only catching up now on the Notre-Dame news. What a loss… #tweet

My legs are in bits from that headwind #tweet

First time watching this all the way through, and I can see why it’s so well regarded. The grit and grime feel real, and Stallone treads a fine line between mild-mannered humility and ferocious determination like he’s rarely if ever done since. Shame about the dodgy sexual politics, though; even for the era it’s pretty rough. END_OF_DOCUMENT_TOKEN_TO_BE_REPLACED

Saw two films as part of @JFF_Ireland yesterday: Penguin Highway (fine, but overlong) and I Want to Eat Your Pancreas (dreadful; watch Toradora! instead). Oh well. They can’t all be winners #tweet

Film review — I Want to Eat Your Pancreas

What begins as a promising quirky romance with a decidedly bleak edge descends into dreadful self-absorption before the second hour drags its lack of a point to oblivion. Watch Toradora! instead: it hits most of the same beats, yet with far more substance and emotional resonance. END_OF_DOCUMENT_TOKEN_TO_BE_REPLACED

Come for the kawaii penguins; stay for what’s really a Spielbergian bildungsroman that could still do with being a half-hour shorter. END_OF_DOCUMENT_TOKEN_TO_BE_REPLACED

I did not know about this app before this evening. Not sure how deep its catalogue is for my tastes, but it’s got at least one thing I didn’t expect https://t.co/ZwY9WLKgBq #tweet