It’s hard to put a finger on why this doesn’t quite work, but it probably has something to do with the emotional disconnect between the grounded but standard drama at its core (family and its meaning, etc) and the entirely separate, ultimately lifeless spectacle of Jupiter threatening to swallow the earth. As well as it’s technically put together, it also feels a lot longer and more meandering than it is. END_OF_DOCUMENT_TOKEN_TO_BE_REPLACED

Only have the stomach for boiled rice and water today, ugh #tweet

The complex where I saw some of the most memorable gigs of my life is now office space. Dublin is gone https://t.co/ljTPDAlpk7 #tweet 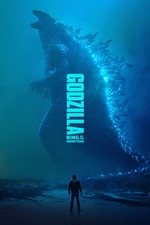 I came out of Godzilla II feeling a lot better about it than when I went in. Are there too many humans in it? Yes, and in particular it could do without all of the family drama that feels glued on in appeal to an audience that has no business seeing a monster movie in the first place. (Vera Farmiga’s character… I don’t even know what’s going on there.) Are the monster fights smothered in darkness? Of course; we should all know by now that it hides a multitude of sins for hard-pressed CG artists. Do these things ruin the experience? Not even close to the point of exasperation. This is the direction the Legendary franchise hopefully wants to go in; not the cerebral pretensions of 2014’s seemed-good-at-the-time-but-in-hindsight-a-bit-dull Godzilla, or the cynical mean-spiritedness of Kong: Skull Island, but the popcorn crowd pleaser of the Roland Emmerich school (and I also suggest this film serves as an up-yours to said director of Godzilla ‘98). END_OF_DOCUMENT_TOKEN_TO_BE_REPLACED

Saw the new Godzilla today. You know what? I didn’t hate it #tweet

New desktop speakers that arrived today are a tad larger than expected. But they sound great and that’s the most important thing #tweet

‘Climate change’ is now ‘climate crisis’, to more accurately reflect the reality of the situation. This is exactly the kind of thing that gets my attention, as a subeditor. #link

I hear MCD are papering Raheny with Kodaline tickets for this weekend. No freebies for the Chic concert, though, I note #tweet

If you thought Shin Godzilla was talky… END_OF_DOCUMENT_TOKEN_TO_BE_REPLACED

Nearly everyone in this Buy-In so far was in Joey Janela’s Clusterfuck last month http://bit.ly/2VQSLv9 #tweet

Work today was too stressful for IT-related reasons. Resolved, thankfully, but I could have done without that #tweet

It’s Rush (and some famous fans) talking about their career? What’s not to love? (Well, maybe you could lose the famous fans.) END_OF_DOCUMENT_TOKEN_TO_BE_REPLACED

It’s not out for a month yet but Auto-Portrait by Spirits Having Fun is one for your Bandcamp list. Proper off-kilter yet life-affirming vibes; if you like Palm’s Rock Island you’ll dig it https://t.co/XKlALQBtOQ #tweet

Democratic duty done. I’ll tell you, after the first three preferences it was a hell of a job putting the other 14 gobshites into sequential order #tweet

Flipper Euro tour with David Yow on vocals and Watt on bass?! But no Irish show. Boo to that #tweet

It feels like Dead Man’s Shoes one doesn’t get the love it deserves, even compared to Shane Meadows’ other work like This Is England. But it’s one of the best horror films I’ve seen, that’s for sure. Warts and all. What a crying shame it’s hardly ever regarded as such. END_OF_DOCUMENT_TOKEN_TO_BE_REPLACED 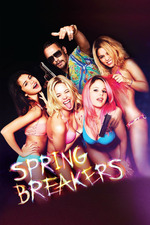 I was not expecting Jeff Jarrett to pop up in the first few minutes here. Anyway, he’s only on the fringes, where the promise of a more interesting story lies. The main thrust is a fairly confused mash-up of violent crime thriller, exploitation aesthetic (I do not get Spring Break; isn’t it just Rumspringa for assholes?) and Malick-esque impressionism that carries no message; it’s only provocative like someone poking you with a finger. Yet I didn’t not like it, and I can’t quite put my own finger on why. Maybe it’s because I’m reading into the depth implied but never explored. END_OF_DOCUMENT_TOKEN_TO_BE_REPLACED

Hold up, why did no one tell me Jeff Jarrett is in Spring Breakers? #tweet

So did PAC’s US work visa not clear or what? #tweet

I’m watching Chopped for bladesmiths, which in fairness should also be called Chopped #tweet

I’m working today so please go out in Dublin this afternoon and make our voices heard to #RaiseTheRoof https://t.co/JFm6tMoQ7Z #tweet

WWE reportedly moving away from Sky after 37(!) years marks a sea change, for sure. I’m not quite sure it’s what everyone seems to think it is, though #tweet

Now that John Wick is decidedly a franchise, the third instalment takes a nosedive. Here’s my review for Thumped, my first since forever. #link

Funny, this guy seemed very interested when he was having the last word on a subject he was then roundly schooled on by people who know what they’re talking about https://t.co/d2ssBF8Uia #tweet

The best Batman film, and the best TMNT movie, in quite some time. END_OF_DOCUMENT_TOKEN_TO_BE_REPLACED

If you always wished Pelican made another record like City of Echoes, Nighttime Stories comes pretty close, even more than Forever Becoming #tweet

I have no doubts at all about the talent, passion and commitment of everyone involved with AEW. But putting on a large-scale weekly live broadcast, with the logistics of a touring show? That absolutely remains to be seen #tweet

Not sure what it says that AEW just signed to a network with an expired website https://t.co/m1FudGumQw #tweet

Only two days into this year’s #njbosj and I’m already behind but that Shingo/SHO match from Day 1 was something else, eh? http://bit.ly/30kvtkN #tweet

Shouldn’t they be fining themselves for not doing their due diligence? https://t.co/YYjtoPfHwP #tweet

Catching up on last night’s UFC and that main event finish looked nasty. Hope they had a concussion protocol for Namajunas; she was basically power-bombed on her head and neck https://t.co/b0CNkRWWp2 #tweet

I will be missing the start of #njbosj tomorrow morning for the John Wick press screening so all I’m saying is: Keanu, you’d better be worth my time #tweet

Silver King was only 51? That’s far too young to go #tweet

Weekend postponed till tomorrow, but at least last week is over. That was a slog and a half #tweet

One of the greatest ever horror movies, this. I’m absolutely serious https://t.co/TkMl5UwMRu #tweet

This is a first step, but a comparison to real-time passenger info systems in other cities would be more revealing https://t.co/nsrEjsHAe1 #tweet

This tracks with my experience most of the time https://t.co/LeisH0jbGD #tweet

Nile Rodgers and Chic are playing next month in the park literally down the road from where I grew up. What a time to be alive #tweet